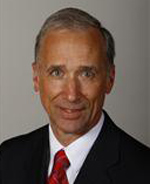 The Iowa House opened debate of education reform shortly after 6:30 this evening, but the first votes taken were focused on the level of general state taxpayer support for K-12 schools.

Republican Governor Terry Branstad has been asking legislators to make education policy decisions first, then decide how much money schools should get from the state, but House Republicans pressed forward with a plan to boost general state support of schools by two percent for the academic year that begins this fall, and by another two percent the following year.

Representative Chuck Soderberg, a Republican from Le Mars, said anything above that is risky.

“I want to do whatever I can to avoid not being able to fulfill our commitment,” Soderberg said. “…We don’t have to go back too far — 2009 — when we could not fulfill the allowable growth number that we set. We don’t want to fall into that trap.”

Democrats like Representative Sharon Steckman of Mason City argued schools should get a four percent boost in state taxpayer support.

“I think our kids deserve more,” Steckman said. “I they’re more important to all of us.”

But after raising those objections, Democrats in the House joined with House Republicans to vote for the two percent budget boost for schools in each of the next two years.

Earlier this month Democrats in the Iowa Senate passed bills that would grant Iowa’s K-12 schools a four percent increase in general state aid in each of the next two years.