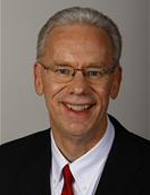 Members of the Iowa House debated a variety of education reform ideas for almost five and a half hours Tuesday evening, including a proposal to raise beginning teacher salaries. House Republicans settled on $32,000 as the minimum salary for rookie teachers.

Representative Ron Jorgensen, a Republican from Sioux City, explained why.

“I received many emails of concern from small, rural districts saying, ‘You can’t raise this up to $35,000,” Jorgensen said. “…’The model just doesn’t work for us at that level,’ in their opinion.”

Democrats like Representative Cindy Winckler Davenport argued getting the “best and brightest” to teach in Iowa requires a higher starting salary.

“We cannot short-change our teachers and think that the rest of the plan will work,” Winckler said.

Debate on the bill began shortly after 6:30 p.m. Tuesday. House rules prohibit votes from occurring between midnight and 8 a.m.  Debate wound down about four minutes before midnight, but the House Republican leader announced the bill’s floor manager did not have enough time to deliver his closing remarks on the legislation. The House will reconvene at 8:30 a.m., with a vote to come shortly after.

The bill House Republicans have crafted includes most of Republican Governor Terry Branstad’s education reform proposals, including the idea of providing bonuses to teachers chosen to be mentors to other teachers. Jorgensen, who is a former school board member, said the status quo is unacceptable.

“Change is a constant in today’s world and if we don’t recognize it, we will continue to fall behind,” Jorgensen said.

House Republicans have expanded their bill to address home schooling issues as well, voting to let parents who home school their children teach four other unrelated kids in their home. Representative Cecil Dolecheck, a Republican from Mount Ayr, was an advocate of that idea.

“This is just an effort to allow parents some parental choice in the education of their children,” Dolecheck said.

“Because of this there have been children out there — home school children — who have had to wait ’til they are 18 and go through other courses to be able to get their intermediate license and their full drivers license,” Windschitl said.

Representative Sharon Steckman, a Democrat from Mason City, questioned why home schooling issues are included in the legislation.

“I thought we were working on an education reform bill,” Steckman said, “a bill to attract the best and the brightest teachers…focus on student achievement.”

Republicans and Democrats did agree on one component of the bill — a proposal to boost general state taxpayer support of schools by two percent in the academic year that begins this fall and by another two percent the following year.