You are here: Home / News / New storm expected to drop most snow in the southeast 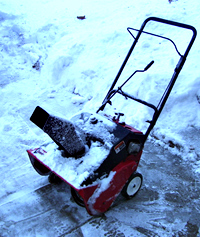 Another snowstorm is headed into Iowa with the heaviest accumulations expected in southeast Iowa.

Forecasters say another winter storm is headed for Iowa that has the potential to drop significant snow on parts of the state.

Meteorologist Roger Vachalek, at the National Weather Service, says this system should drop the deepest snow on a different area of Iowa from last week’s storm.

He says the system will arrive late tonight and early tomorrow and it should bring snow to the southeastern half of the state. The heaviest totals are expected in the southeast. Cities like Ottumwa, Fairfield, Burlington and Keokuk could see between five and nine inches of snow.

Parts of central Iowa may only see two to four inches, with little-to-no snow expected in the northwest. Vachalek says there’s another issue with this approaching storm. Some strong winds may accompany the storm, with gusts around 15 to 25 miles an hour, so blowing snow could become a visibility problem for motorists.

The National Weather Service has issued a Winter Storm Watch for parts of southeast and south-central Iowa from late tonight into Tuesday. Cities in the advisory include: Lamoni, Ottumwa, Iowa City and Davenport. In far southeast Iowa, Lee and Des Moines counties are under a Winter Storm Warning from 3 tomorrow morning until midnight tomorrow night.

Late last week, another snowstorm coated much of Iowa in white, dumping the most snow in the Sioux City area, which reported ten inches.