You are here: Home / Crime / Courts / Bill to let pregnant prisoners have father into delivery room 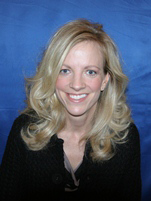 A bill that would let pregnant prisoners choose a partner to be present for the delivery of their baby has cleared a senate committee.

Senator Janet Petersen, a Democrat from Des Moines, says pregnant prisoners would be able to draft a “birth plan” if the bill becomes law.

“It allows her to the opportunity to select a person to be with her when she delivers, such as the baby’s dad, to be present at the birth,” Petersen says. “It also gives corrections the discretion to deny this person if they believe there’s a risk.”

The bill also deals with the controversial issue of shackling pregnant prisoners. Restraints — like ankle cuffs — would be barred on a female prisoner during the last trimester of her pregnancy and during the birth of the child.

State prison officials have said this is their current policy and they’ve asked lawmakers to table the bill, but Petersen wants it to be written in law.

“Our policies should be public, just as they are public at the federal level,” Petersen says.

One Republican senator raised concerns about how this policy might impact rural sheriffs, but the bill cleared the Senate Judiciary Committee Tuesday afternoon with the support of all Republicans and Democrats on the committee. Petersen says with a growing number of women being sent to state prison, this is a timely issue.

“Iowa really needs to be doing all we can to ensure we have healthy birth outcomes when a woman is incarcerated or detained while pregnant,” Petersen says.

A similar debate among House members ended differently a couple of weeks ago. The chairwoman of a House committee told reporters she was able to review the confidential details of a new Department of Corrections policy regarding pregnant prisoners and she was satisfied the problem had been solved.

Critics complained female prisoners were being shackled as they walked into the hospital to deliver their baby — and some were kept in restraints while they were in labor.