You are here: Home / News / Changing the way to challenge district lines for county supervisors (AUDIO) 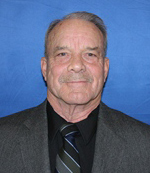 Republicans in the Iowa House have voted to change the process for challenging the way county supervisors districts have been re-drawn.

Representative Tedd Gassman, a Republican from Scarville, says under current law, just one person can file a complaint alleging county officials gerrymandered the lines to favor one political party over another.

The bill that cleared the House would require those who want to challenge newly-mapped county supervisor districts to collect petition signatures.

The number of signatures required would vary by county, based on the number of people who voted in that county in the last election. The non-partisan state agency that draws the maps for congressional and legislative districts would draw new supervisor districts for the county.

“I support local control,” Gaskill says. “…I believe this is big government saying, ‘We know what is best and we will do this for you.'”

The lines for congressional seats, legislative districts and county supervisor seats are redrawn every 10 years, after the U.S. Census data is released showing population shifts. The bill changing the process of challenging county supervisor districts now goes to the Iowa Senate for consideration.

AUDIO of House debate of HF396.