You are here: Home / News / LULAC lobby day at statehouse 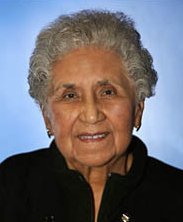 A few dozen Iowans who are members of the League of United Latin American Citizens lobbied legislators at the statehouse Tuesday. Mitch Henry of Des Moines says within a few years Latino voters will become the majority in some legislative districts.

“We looked at the data real closely the last two weeks,” Henry says, “and we are figuring there are at least eight districts around the state where we can make a real difference.”

According to the League of United Latino American Citizens, about 50,000 of the Iowans who voted in 2012 were Latino. The latest U.S. Census data shows Latinos already are the largest minority group in Iowa and, by 2040, nearly 13 percent of the state’s population will be Latino.

Eighty-four-year-old Mary Campos of Des Moines says a bill pending in the Iowa House that would require Iowans to show a photo ID to vote could be used to keep Latinos from voting.

“This country has been based on immigrants and the right to vote and to succeed and you can’t succeed if they’re going to have us down, oppress us,” Campos says. “We can’t do it.”

According to Campos, the mere discussion of the proposal has discouraged some Latinos from voting.

“No matter how hard I talk, the young men and women will say, ‘Why bother?'” Campos says. “And that can’t be for this country.”

Campos and other activists brought in breakfast for legislators, including homemade tamales.