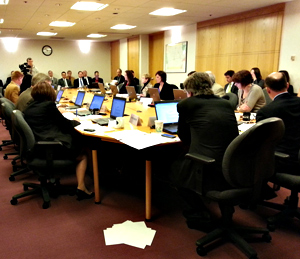 The Iowa Economic Development Authority Board this morning approved incentives for Facebook to build a $300-million data center in the Des Moines suburb of Altoona.

Board member Pete Brownell revealed some of the details of the project, which was listed as Siculus, Incorporated on the board’s agenda.

“Siculus is a 100-percent owner/operated subsidiary of Facebook,” Brownell said. “So, Facebook is making a move into Iowa…very exciting.”

IEDA spokesperson Tina Hoffman says it’s easily one of the biggest economic development projects the board has ever dealt with.

The IEDA Board approved $18 million in tax incentives toward the project.

The City of Altoona has approved a 100 percent property tax abatement that will extend 20 years. Facebook officials anticipate the first data center will employ at least 31 people.