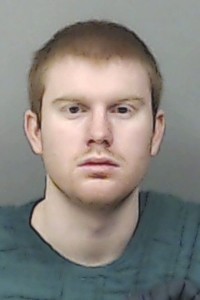 An eastern man is facing charges for allegedly kidnapping, raping, and stabbing a young woman he met online. The victim, a 20-year-old from Cedar Rapids, was discovered by neighbors in her apartment complex Sunday evening.

Cedar Rapids Police Sergeant Cristy Hamblin says the woman was taken to a hospital with life-threatening injuries, but has since improved. “When we were able to talk to her…we found out that she’d been basically kidnapped for a period of two hours,” Hamblin says. “During that time, she had been choked, tied up, and she’s also been sexually assaulted.”

Hamblin says Roche apparently met the victim through a social media site. She says it’s another example that not everyone who’s online is trustworthy. “Sometimes they go online and lie about their names, they lie about their age,” Hamblin said. “I can’t begin to tell you how many times we have 40 or 50-year-old men, primarily, who portray themselves as 15-year-old boys or girls – only to meet kids that same age and abduct them.”

Cedar Rapids Police issued a list of safety reminders for people who set up a meeting with another individual through social media:

* When talking to the individual on line, do not reveal personal information about yourself such as your home address, if you live alone, where you work or the hours that you work.

* When meeting them for the first few times, meet in public places such as restaurants and malls. Do not ask them to pick you up or to ride anywhere with them.

* Google their name on line and check their name through Iowa Courts On line. Remember, the name they give, may not be their true name.

* Tell a friend when and where you are meeting the person. Set a time frame that you will call after the meeting as well.

* Keep your cell phone with you. Have a friend call you during the meeting. Pre-arrange an emergency phrase such as “How’s your mom doing?” This will signify to the friend that you are not comfortable in the meeting and/or that you need help.

* TRUST YOUR INSTINCTS! If you don’t feel comfortable with the individual, leave. You may not consciously understand why you feel uncomfortable, but subconsciously, something is wrong.