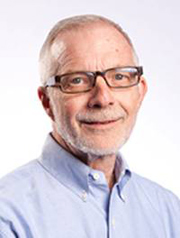 A long-time pediatrician in western Iowa is accused of sexually abusing his granddaughter. Mitch Mortvedt, with the Iowa Division of Criminal Investigation, says 68-year-old Dr. Dennis Jones turned himself in to law enforcement today.

According to an affidavit, Jones’ five-year-old granddaughter told her parents on May 12 that her grandfather “tortures” her.

“It’s our understanding that the parents were getting ready to take the child to the grandparents’ home and the child stated they did not want to go. The mother started to question the child further and the disclosure was made,” Mortvedt said.

Jones is a pediatrician at Methodist Physicians Clinic in Council Bluffs. The hospital released a brief statement which says, upon learning of his arrest this morning, Jones was put on immediate suspension.

“We have no reason to believe at this time that anyone else is a victim,” Mortvedt says. “However, if there is information to the contrary, we ask that people contact us.”

Jones is charged with one count of second-degree sexual abuse. Jones’ two sons are also doctors at Methodist Physicians Clinic.