You are here: Home / Crime / Courts / ACLU says blacks in Iowa more likely to be arrested for marijuana possession 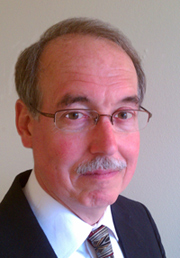 A study from the American Civil Liberties Union (ACLU) shows a black person in Iowa is more than eight times as likely to be arrested for marijuana possession than a white person.

Randall Wilson, legal director for the ACLU of Iowa, says the figure is especially disturbing because blacks and whites in Iowa use marijuana at about the same rate.

“We are the worst state in the nation when it comes to disparate marijuana arrests of African-Americans,” Wilson says. The report, which is based on data collected from the FBI and U.S. Census Bureau, shows, nationally in 2010, a black person was 3.7 times as likely to be arrested for marijuana as a white person.

“We’re all naturally prone to be discriminatory. We all have to guard against it consciously and that’s just not happening,” Wilson says.

The study shows Iowa has the highest racial disparity rate in the country with a black person being 8.34 times as likely to be arrested for marijuana possession as a white person. Iowa is followed by Washington D.C., Minnesota, Illinois, and Wisconsin. The report is further evidence that Iowa needs to make equity in criminal justice a priority, according to Wilson.

He notes previous studies of state statistics found blacks are more likely than white to be arrested, be held in jail prior to trial, be found guilty, and receive prison time.

“So, it’s a situation where we have the innate human prejudices that work throughout the (judicial) system and we’re not doing a good job of guarding against that or dealing with it,” Wilson says. “We need every stage of our criminal justice system to be working actively to overcome the inherent biases that seem to be at work.”

In Iowa, blacks make up just 3.1 percent of the population, according to the U.S. Census Bureau. Wilson says more blacks are being arrested on pot charges despite the fact that blacks and whites in Iowa use marijuana at about the same rate.

Wilson says it’s bothersome that Iowa ranks as the worst in racial disparities in marijuana arrests because traditionally, Iowa has been a leader in civil rights.

Steve Lukan, director of the Iowa Office of Drug Control Policy, told Radio Iowa his agency “would like to take some time to review the report in its entirety” before offering any response.