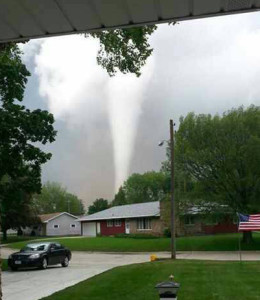 Violent weather was reported across Iowa’s northeastern half late Wednesday afternoon into the evening, with multiple severe thunderstorm and tornado warnings issued.

“We had several reports of tornadoes across parts of Wright and Franklin counties as well as straight line wind damage, heavy rain and flash flood in points further north and east from there,” Lee says.

There were no reported injuries or deaths in the storms. The funnel cloud near Belmond heavily damaged a restaurant.

An assessment team from the National Weather Service will tour the storm area today. Lee says there is another chance of thunderstorms for tomorrow into the weekend.

It will be an “active pattern” of thunderstorms Friday through Sunday with the possibility of severe weather.

Still, the today’s forecast calls for mostly sunny skies and highs in the 70s and lower 80s. 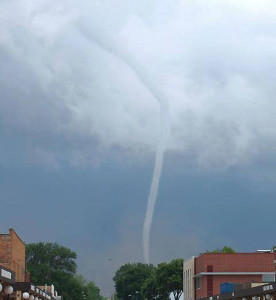