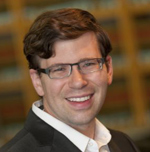 A University of Iowa law professor says the U.S. Supreme Court has given new guidance to medical researchers working with human genes to find cures to diseases, but the court’s ruling may prompt some researchers to be more secretive about their work until they’ve produced a break-through.

Jason Rantanan is a patent law expert who teaches classes about trademarks and intellectual property. “This is not an opinion that made broad, new statements about patent law,” Rantanan says. “It was largely confined to the specific analysis that was before the court, so that was question of: At what level is DNA patentable?”

The court on Thursday ruled researches who modify DNA in a significant way can patent their new invention, but simply isolating part of the DNA strand that is naturally found in nature cannot be patented.

“One of the things that has been troubling many of my researcher friends is the difficulty in sequencing the entire human genome because you’ve got these patents on isolated DNA sequences — if you have to get a license for each one of these isolated DNA patents, then that gets very, very complicated and difficult to do,” Rantanan says.

Rantanan has one concern about the ruling’s impact, however.  “Because it’s going to not be possible to get a patent on isolated DNA, which typically is the earliest stage in terms of the research…it’s probably going to cause researchers — particularly companies maybe more so than university researchers — to delay disclosing information about their research until it’s reached the point where they can get a patent on it,” Rantanan says.

Rantanan doesn’t expect this ruling to have much impact on agricultural research focused on producing genetically altered seeds that resist pests, disease or even drought. Pantanan says those products are “highly modified” and would fit under the part of the court ruling that allows patents for modifying DNA in a significant way.