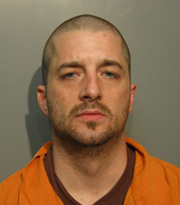 Sergeant Jason Halifax says 33-year-old Kyle Uriah Krug of Mason City and 26-year-old Amanda Marie Earp of Ankeny were arrested after a tip while investigators were working on a separate forgery case.

“We began looking into those cases as well and were able to getting some surveillance that had both these two in them. We were able to connect those up with the cards and the financial instruments that were used in those forgeries, connecting those up with some of the burglaries where they were taken earlier. That’s kind of how the whole ball got rolling on those things,” Halifax says.

It appears Krug and Earp targeted vehicles that were parked at fitness centers, daycare centers and recreational areas. 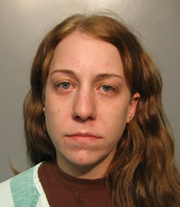 “If you think of it in terms of those businesses and how business is conducted — look at at daycare center where a mom may take her kids in and drop them off and she may leave her purse in the car. Or if you look at a fitness center, it is hard to work out with a purse on your or a wallet in your pocket — those are things that might be left in the car– cellphones, I-pods, I-pads those kinds of things too,” Hallifax says.

“So, it appears they were targeting those kinds of businesses.” Hallifax says the two probably tried to sell the electronic devices the took from cars, but may’ve done more damage with large purchases made on stolen credit cards.

“Immediately after getting ahold of the credit card, they would go to the store and make a purchase immediately. Most bad guys unfortunately know that there’s going to be some lag time by the time you report the card missing and it gets shut off by the credit card company,” Hallifax explains.

The two targeted cars in many of the cities in the Des Moines metro area as well as Mason City. Hallifax says the case is something that could happen anywhere, and you should take steps to prevent any theft from your vehicle.

“The biggest thing is to not leave valuables in your car. Purses, computers, I-pads, cellphones, things like that,” Hallifax says. He says it may sometimes be inconvenient to carry your purse with you, but he says it’s much less convenient to have to deal with a stolen credit card.

Police were able to recover some of the stolen items, including an SUV, and Hallifax says there could be more charges as they continue looking in to other burglaries.