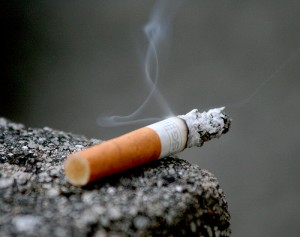 A temporary offer of free nicotine patches and gum for Iowans who are trying to quit smoking is being extended.

The Iowa Department of Public Health had planned to offer the free nicotine replacement therapy only during the month of June. But, Tobacco Use Prevention and Control Division Director Meghan O’Brien says the response was so strong that the free patches and gum will be made available for at least the next year — through June 2014.

O’Brien credits an increase in the budget for the Quitline Iowa service. The Quitline budget approved by lawmakers and the governor amounts to roughly $1.2 million. “That includes the cost of working with our vendor on Quitline coaching and web-based coaching, as well as the actual cost of the nicotine replacement therapy and shipping it to tobacco users who want to quit,” O’Brien says.

The free patches and gum offer had previously been part of the Quitline Iowa service from 2008 to 2010. The offer was discontinued in July 2010 as part of a budget cutting move. “It was very important to me when I came into this position last year to try and secure funding to offer this again because it is such an important tool,” O’Brien says. “We are thrilled to be able to offer it through this next fiscal year.”

Iowans can request a four-week supply of the nicotine patches or gum by calling 1-800-QUIT-NOW or by visiting www.quitlineiowa.org.

O’Brien notes that this month marks the five-year anniversary of Iowa’s Smokefree Air Act. The legislation banned smoking in almost all public places. O’Brien recalls there were some protests back in July 2008, but now it seems Iowans can hardly remember what it was like when smoking in bars and restaurants was legal.

“I think about the younger generation that will never know any different. When we tell them there used to be ashtrays in bars, they’ll look at us with disbelief like when we talk about how cell phones used to be the size of computers,” O’Brien says. “I think it’s just a remarkable transformation in attitudes and culture and it’s amazing how much that has changed in five years.”