You are here: Home / Crime / Courts / Durango man accused of setting up bogus charity for soldiers 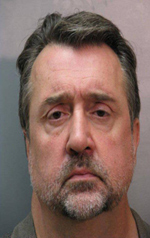 A northeast Iowa man is facing charges that set up a charity for military personnel, but pocketed the donations for himself. Dubuque police say 50-year-old Christopher Simms of Durango was arrested last Friday in connection with his charity called “Forged By Fire.”

Simms is accused of setting up the charity and obtaining donations from local businesses and citizens. He claimed the donations would benefit military personnel, but police say Simms kept the money and wrote checks on a closed bank account in the name of the charity.

Dubuque Assistant Police Chief Terry Tobin says, for now, it appears only around 10 people gave money to Simms. “We just really don’t know, at this point, what the total extent of his activities in the community have been,” Tobin says.

“We are aware of some…but we suspect there were a number of people who have been approached and donated that we are not aware of at this point.” Simms is charged with second-degree fraudulent practice and third-degree theft. If convicted on both charges, he could face up to 7 years in prison.

Anyone who may have been approached by Simms for donations to his “Forged By Fire” charity is urged to contact Dubuque Police Investigator Nick Schlosser at  563- 587-3813.