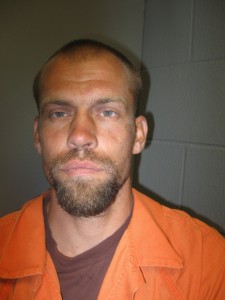 A Des Moines man is facing charges after police say he led officers on a chase in a stolen vehicle. The chase started around 3:20 p.m. Wednesday on Interstate 235 after an undercover officer noticed an SUV that was believed to have been taken during a burglary in West Des Moines earlier in the morning.

The chase lasted for roughly 15 minutes before police cornered the SUV and pinned the vehicle to a utility pole. The driver of the SUV, 33-year-old Jamie Arndt, was taken to a hospital with minor injuries. Arndt in now in the Polk County Jail on charges of second-degree theft, eluding, first-offense OWI, and driving with a suspended license.