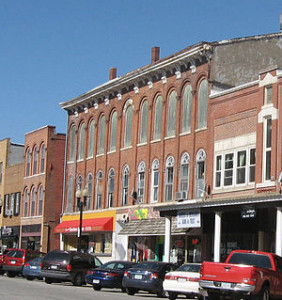 The project to restore a historic southeast Iowa building is less than half a million dollars within its fundraising goal.

The three-story Union Block Building in Mount Pleasant was built in 1861. Lisa Oetken  is director of Main Street Mount Pleasant, one of the groups working on the project.

“The first courthouse in the state of Iowa was here in Central Park which would have been right in front of the Union Block and at that time they didn’t have time to hold trials in this building so two men — Ambler and Penn — built the Union Block, knowing that they would hold trials on the third floor, but also people like Frederick Douglass spoke there,” Oetken says. “Sojourner Truth spoke there.”

Douglass and Truth were former slaves who became famous abolitionists. Sojourner Trust was also an advocate for women’s suffrage.

The Union Block building holds the distinction of being the place where the first woman in the United States sat for the bar exam. 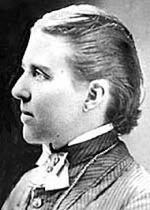 “Arabella Babb Mansfield read law in the building and then took her exam to become the first certified woman attorney in the United States,” Oetken says, “and that was in about 1869, so it was about 50 years before women had the right to vote.”

During Arabella’s day, there were law offices on the building’s second floor and that’s where she took the bar exam.

The building sits in the middle of the north side of the downtown “square” in Mount Pleasant and businesses have always operated out of the first floor.

“We’ve had barber shops in there…A pharmacy was in there for years, a sporting good store,” Oetken says. “On the second floor there’s been dentists, there’s been lawyers, as well as some living spaces.” 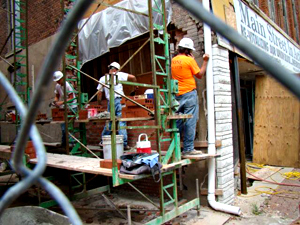 The building’s entire southwest corner has to be re-laid and all the windows need to be restored. An elevator will be installed to take people to the third floor, which hasn’t been occupied since the local Oddfellows club abandoned it in 1956.

“You know, it’s so much easier for people if everybody plays a part and helps us to restore this,” Oetken says.

“We knew that a developer could not come in and do it because the building was too far gone and too much had to be put into it, so that’s why Main Street Mount Pleasant stepped in because we are part of the National Trust for Historic Preservation, so that is our job — to preserve our history and to preserve our buildings.”

Organizers have raised a little more than $2.9 million for renovation of this historic building, much of that in the form of state and federal grants and tax credits.

It’s unclear why the building was named the Union Block. It’s either because it was built in the Civil War or because it was the first building in Mount Pleasant that housed more than one business.

“At the time this building was built, we were known as the Athens of Iowa,” Oetken says. “We had more higher education institutions in Mount Pleasant than anywhere else in the state of Iowa. It’s a part of our history and if we lose this building, we will never get that back.”

A statue to Arabella Babb Mansfield stands about four blocks away from the Union Block building in Mount Pleasant. Mansfield was born in Burlington, graduated from Iowa Wesleyan in Mount Pleasant, left to teach at Simpson College in Indianola then returned to Mount Pleasant to marry. She studied law in her brother’s law office on the second floor of the Union block building. After she passed, the Iowa Supreme Court ruled women could not be denied the right to practice law. Mansfield was part the women’s suffrage movement, too, but she died nine years before the 19th amendment granted women the right to vote.

For more information about the fund-drive, visit the Save Union Block Facebook page.

Photos courtesy of Save Union Block