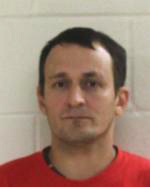 Police have made an arrest in a 19-year-old cold case involving the murder of a 20-month-old boy in north-central Iowa. John Snyder Junior went missing from his father’s apartment in Mason City on July 20, 1994.

“This past Friday, July 12, an arrest warrant was issued for Cisneros charging him with first-degree murder in the death of John Snyder Junior,” Lashbrook announced at a press conference Monday afternoon. Cisneros is now being held in the Cerro Gordo County Jail.

DCI Special Agent Mike Krapfl says Cisneros was taken to the Oakdale Medical and Classification Center back on December 19th of last year and was required to submit a DNA sample. The DCI’s database revealed a match between Cisneros’ DNA and the profile taken from the victim’s pajama bottoms.

“That DNA profile is constantly compared to the forensic database that contains samples from crime scenes in the hopes that a match will eventually occur, such as it did in this case,” Krapfl said. The DNA match was detected five-and-a-half-months ago, but Krapfl said Cisneros couldn’t be charged at that time. 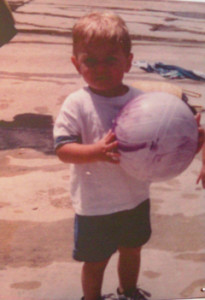 “Upon receiving the match, the DCI notifies the investigating authority, in this case the Mason City Police Department, and then they initiate an investigation based on that evidence. They conduct other interviews and following up on other investigative leads to further their case,” Krapfl said.

Iowa law requires felons submit a DNA sample into the DCI’s database. Krapfl believes more arrests could be made in the future with a new state law requiring more DNA samples from criminals who don’t commit felonies.

“Starting in 2014, those convicted of aggravated misdemeanors will have to submit DNA samples as well,” Krapfl said. Lashbrook applauded law enforcement, past and present, for their work that lead to the arrest of Cisneros.

“Was it not for their hard work back in 1994 and since, it would not be possible to bring justice for this little boy,” Lashbrook said.

“At this time too, I’d like to say our thoughts and prayers go out to the Snyder family. I know this is something that has been a big part of their lives for the past 19 years too. Hopefully, there will be some closure related to this arrest and the subsequent trial to come.”

According to online court records, Cisneros was convicted and sentenced in December of last year to two years in prison on a second-offense operating while intoxicated charge in Cerro Gordo County District Court.