You are here: Home / News / Agent who reported governor’s speeding has been fired 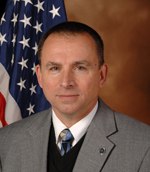 An attorney for the state agent who reported the governor’s vehicle was speeding excessively has told the Associated Press that the agent has been fired.

Special Agent Larry Hedlund — a 25-year veteran of the Iowa Division of Criminal Investigation — was the one who called a dispatcher April 26 to report a vehicle was going more than 90 miles an hour on Highway 20.

Hedlund’s attorney told Radio Iowa his client had been placed on administrative leave a few days later for “minor rule violations.” Governor Branstad, the lieutenant governor and officials in the Department of Public Safety have said the investigation of Hedlund was not related to that speeding incident.

The agency is not acknowledging Hedlund has been fired. The governor’s spokesman is referring questions back to the agency. The agency’s public statement on the matter merely said “disciplinary action resulted from the investigation” of Hedlund.

Hedlund had been accused of “insubordination.” That is apparently a reference to a conference call in which Hedlund was accused of being “disrespectful.” Hedlund was also under investigation for using a state vehicle on a vacation day.

Hedlund’s attorney has said his client drove the car to a meeting with another state agent who was offering Hedlund professional advice, Hedlund had been asked to take over the state’s “cold case” unit.

Photo courtesy of the Iowa Department of Public Safety