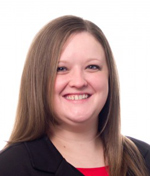 A county government official in western Iowa has been arrested and charged with drug possession. Twenty-seven-year-old Brooke Kuhlmann — the Monona County Auditor — was caught in a drug sting.

According to the Iowa Department of Public Safety, she “unknowingly” scheduled a drug buy from a state trooper shortly after he seized a drug dealer’s phone this past Sunday. Just after Kuhlmann picked up the meth, she was pulled over by Onawa police and taken into custody. She’s been charged with possession of a controlled substance and possession of drug paraphernalia.

Kuhlmann, a Democrat, won reelection to a second term as Monona County Auditor in 2012. Her 2012 campaign bio indicates she was serving as president of the Kiwanis Club in Onawa at the time.