You are here: Home / Fires/Accidents/Disasters / Iowa crews are sent to fight far-away wildfires 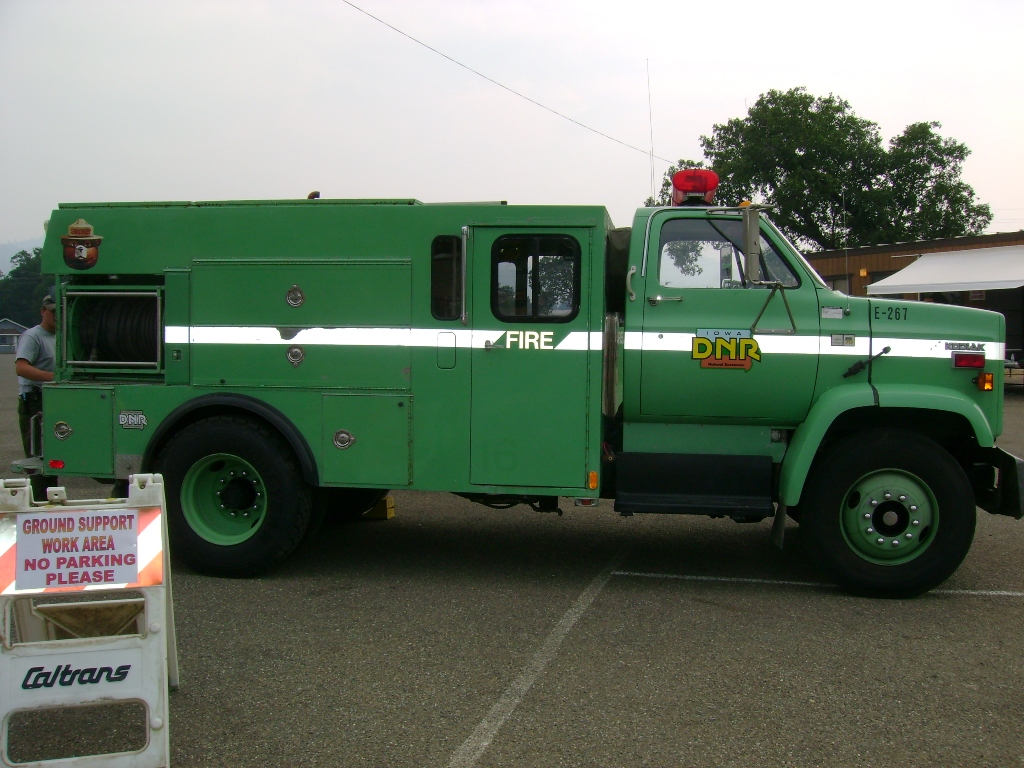 One of the Iowa DNR’s fire trucks, now on duty in California

Two-dozen Iowans, specially-trained to fight wildfires, are now on duty in several other states, helping to protect homes and extinguish fast-moving flames.

Gail Kantak, state fire supervisor for the Iowa DNR’s Forestry Bureau, says two more teams were dispatched to the West Coast this week for what will be an 18-day rotation.

“One group is assigned to northern California and one group is assigned to southern California,” Kantak says. “They went out to be pre-positioned in the event they were expecting fires and once they got there, then they would assign them to individual fire locations. They’ll work on one specific fire and then as soon as they get that under control, move them to another one.”

In addition to the pair of four-member teams in California, another 15 Iowans are working on firefighting crews in Idaho and Montana, while one Iowan is serving as an EMT on a wildfire in Alaska.

Kantak says it’s unusual for the U-S Forest Service to request help from so far away, but that shows how desperate the situation out west is becoming.

“We want to get the fires under control as quickly as possible,” Kantak says. “When one of the fire teams got called out, the fire was only like 40 acres but by the time they got there, it was closer to 4,000 acres. The fires there will grow very quickly. There’s lots of urban interface to deal with so it can get lots of property damage pretty quickly.”

Being a city firefighter is dangerous enough, but Kantak says it takes an especially brave breed to tackle wildfires. With a structure fire, the firefighters know where the fire will be, it won’t be moving, consuming multiple types of fuel and creating its own weather. Attacking wildfires can involve all of those things, she says, making it particularly challenging.

“There has to be such great organization and people watching what the fire is doing all the time because it’s moving and it can move very quickly,” Kantak says. “When it gets into a tree, for example, it can start torching from above. There’s a lot of unpredictability if you’re not careful.”

A group of 19 firefighters were killed in attempting to control a wildfire in Arizona in June, one of the worst firefighter death tolls in U.S. history.

The National Interagency Fire Center reports more than 3.3 million acres have burned across the country this year.