You are here: Home / Education / School board elections are impacted by redistricting 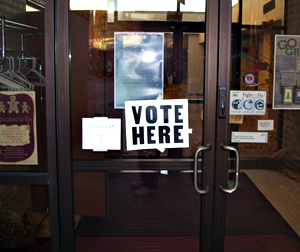 Voters across the state are going to the polls today to elect the people who will run their school districts. Voters in some districts may find more names on the ballot than they are used to as it’s the first election since each school board member’s territory was redrawn in the redistricting based on the 2010 census.

Mary Gannon with the Iowa Association of School Boards says if the lines got redrawn so two incumbents were thrown together, both of their names are on the ballot, even if their terms haven’t expired.

“In one district specifically in eastern Iowa all seven schoolboard members are up for election this fall. And that’s because they normally they would have had four up, but because of redistricting the other three are up as well,” Gannon says.

Gannon says redistricting has the potential to attract new candidates, as the shifting of districts means there are more races without an incumbent. “Where there may have been the bulk of the population ten years ago, that has shifted in that district. So it gives a better opportunity for someone living in that newly-aligned district to run,” Gannon explains.