You are here: Home / News / Coming soon: This Iowa rest area sponsored by… 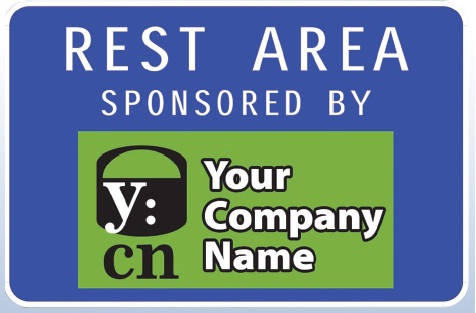 The Iowa Department of Transportation is hoping to make some extra cash by selling sponsorships for the state’s 37 interstate rest areas.

While some people get upset when a familiar local landmark, like a baseball stadium, is suddenly named after some corporation, officials don’t expect the move to sponsor rest areas to generate any controversy. It’s only hoped to generate money.

Steve McMenamin, the DOT’s rest area administrator, says it’s a new twist for the agency as they’ll be looking for the highest bidder, not the lowest.

Revenue from the sponsorships will go directly into Iowa’s primary road fund to help offset highway operational costs and to bring roadway improvements.

“It’s kind of an exciting thing, a way to help out with operational costs,” McMenamin says. “It’s not earmarked for rest areas particularly but it could be used for rest areas or any highway project.”

The sponsors will have their name posted on the interstate.

“The sign itself will be the typical blue-and-white signs that you see,” McMenamin says. “The whole sign will be six-foot by four-foot and then there will be a smaller sign that will be the sponsorship which is two-foot by four-foot and it will say, ‘This rest area is sponsored by’…whoever.” There will also be a smaller in the rest area building itself carrying the sponsor’s name, logo or trademark.