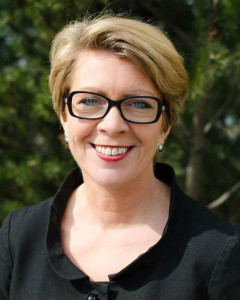 An international group hoping to collect seeds for deposit in a sort of international crop bank held its annual meeting in Ames this week.

“This is terribly urgent. We are losing diversity every day,” Marie Haga, executive director of the Global Crop Diversity Trust, said during an interview with Radio Iowa. “What we do in the Crop Trust is that we conserve the diversity of the major food crops.”

According to Haga’s group, even though the United States has one of the world’s largest collections of seeds, only eight percent of the world’s corn samples are available to researchers here.  As researchers seek to boost yields, Haga said having access to a wide variety of seeds is essential to find the traits that can thrive in drought and other extreme weather patterns.

“In the next 10 years, we need to feed one billion more people. We are seven billion right now, you know, so this is going to be pretty challenging,” Haga said. “We need to at least produce 15 percent more food than we do today and we’re going to do this in the midst of more unpredictable weather.”

The Global Crop Diversity Trust is working to catalogue all the seeds already stored in the world’s 1750 gene banks. In addition, the group is collecting seeds from around the globe and storing them in a facility full of freezers — on an island north of the Arctic Circle.

“You have a plant which has seeds and you pick the seeds and you just basically keep them in an envelope,” she said, laughing, “in very cold and dry place and there you have a gene bank — a plant gene bank.”

Haga refers to it as the “biggest biological rescue operation ever.”

“Agriculture needs to increase production and sort of the raw material for agriculture adapting is the availability of the diversity of the crops,” Haga said.

There’s been a dramatic loss of seeds in just the last century and Haga’s group wants to store all the seeds that are available now for future generations. For example, In 1900 there were 7100 different varieties of apples being grown in the United States, but today there are only 1000.

The Crop Trust has raised about $138 million for its seed-saving project thus far, with the goal of raising six times that much for an endowment. Haga estimates it will cost up to $30 million dollars a year to maintain the collection.

“It sure is a very cheap insurance policy,” Haga said. “…The world generally agrees that this material, these seeds are so important they shouldn’t be left to uncertainty, so we should secure the funding for this material.”

Haga grew up on a farm in Norway.  She’s been a diplomat, a member of Norway’s parliament and she became executive director of the Crop Trust this past March.  The Trust’s gene bank in the arctic now houses over 780,000 crop varieties and can served as a back-up of plant genetics if there is some sort of catastrophic loss from one of the major seed banks around the world.