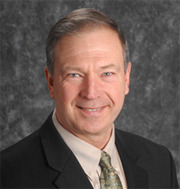 At midnight tonight the temporary extension of the Farm Bill expires. Iowa Farm Bureau president Craig Hill is among the many residents of farm country who’re finding it difficult to read the signals of congress.

The most immediate impact of the Farm Bill’s demise will come with the October shut down of programs that promote the sale of U.S. farm commodities overseas. In addition, Hill says the U.S. will be accused of trade violations when it comes to the cotton market and country-of-origin labeling.

“Both of those could be resolved with the new reform bill,” Hill says. “Avoid having that, we kind of disrupt our ability to be a good partner in trade, as well as many of our export enhancement programs — our Market Access Program and other programs — that will lack funding and so long-term we will adversely impact our ability to trade.”

There’s uncertainty for farmers hoping to do conservation projects this fall, like build terraces in fields once the harvesting is done. This comes just as the Iowa Farm Bureau and other groups have begun to urge farmers to take such steps to avoid soil erosion and farm chemical run-off into Iowa waterways.

“Without conservation funding and authorization the CSP program, the CRP program, a number of the things that we use as stewards won’t be available to us and we won’t be able to plan for those tools,” Hill says, “also disrupting our ability to help retain soil and have a safer water supply.”

It’s hard to put a dollar value on the overall financial impact of the impasse in congress, but there is one certainty:  if congress doesn’t act by January 1, the price of a gallon of milk is going to more than double. That’s because the price supports for milk will revert to 1949 levels.

“On the farm, that means $39 a hundredweight (of milk) as opposed to $18 a hundredweight today,” Hill says. “That will be unacceptable by consumers and I think politicians will again take notice to that.”

If congress fails to fix the problem, milk prices will rise above $6 a gallon. It was that prospect which helped lead congress to pass an eight-month extension of the Farm Bill last December. By the way, there are about 12 gallons in a hundredweight of milk, which is the measurement dairy farms use when milk is sold.