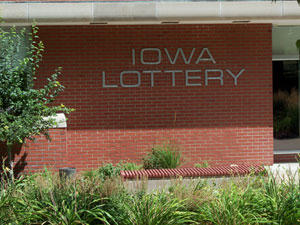 A salary survey requested by two members of the board that oversees the Iowa Lottery shows a six of the top managers at the organization are paid within 10-percent or more of the maximum pay range for comparable positions in other state agencies. The survey finds six of the top 10 officials at the Iowa Lottery make salaries that are between 22 and 38-percent higher than their counterparts in other states.

Matt McDermott, is one of the Lottery Board members to request the salary survey following a report by then State Auditor Dave Vaudt which said the lottery could achieve the same results while paying manager less. “The conclusions of it are I think comforting, in that it shows that our key lottery personnel are making fairly close to the range — maybe slightly more —  but fairly close to the range that other state employees in similar positions are making,” McDermott says.

The Department of Administrative Services conducted the survey and asked all 43 states and the District of Columbia for information on the pay of their lottery administrators. Twenty-two of the states returned the survey information, and McDermott says the responses helped give some idea of what the pay scale should be.

“It’s tough to know exactly what those other positions entail. Some of them — as the report indicates — are eligible for bonuses. We don’t know if there were bonuses included in those other states,” McDermott says.

Three of the Iowa Lottery’s key positions have pay that is 10-percent more than the maximum pay range of the state, 3 are within 10-percent and 4 are below 10-percent. McDermott, who is a lawyer from West Des Moines who joined the board in 2012, points out that the structure of the Iowa Lottery was changed to run more like a business — which could lead to higher pay for some positions.

He says it had been 10 years since the last survey was done on the Iowa Lottery salaries. “I was frankly comforted to see that we’re fairly close to being in line with what state agencies are paying anyway,” McDermott says. “Some positions are perhaps a little slightly under, some are about right on, and some are higher. In general, we are kind of right in that range.”

McDermott and current Lottery Board chair Mike Klappholtz requested the survey in November of 2012. “I think that this shows that we are not really out of line — in terms of pay — at all,” McDermott says.

The Iowa Lottery has seen sales increase for 4 straight years and notched a record of just over $339-million in sales for the fiscal year that ended in July.  The sales have been pushed up by some very large jackpots, but McDermott says the people working at the lottery are also a big reason for its success.

“Not all of this is driven by big lotto pay outs, you know there are scratch tickets which do extremely well. We have award-winning scratch tickets that they’ve developed,” according to McDermott. “I think the marketing that they do is extremely good. In terms of what they do to keep it fresh, in terms of sort of the creativity that the bring to it, I think makes it fun for the people who are consuming the products. So, I don’t think this is accidental.”

Here is a summary of the report on the Iowa Lottery salaries : Lottery Salary Survey Report – PDF