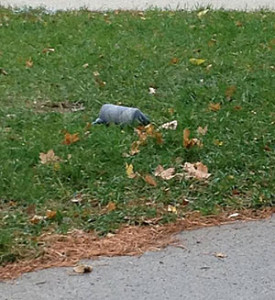 ISU Facebook photo of device that raised alarm on campus.

What turned out to be a sock over a piece of styrofoam caused some anxious moments on the Iowa State University campus in Ames today. The Iowa State University Police Department says the item was found around nine o’clock this morning and officers shut off the area and evacuated The Hub dining facility, and closed an entrance to the Parks Library.

A member of a medieval combat society on campus told the police department via Facebook that the item is what they call a “rock” or a piece of styrofoam wrapped in a sock that they use during medieval fight practice. ISU police confirmed the device was harmless.