You are here: Home / Human Interest / Hamburg native to appear in upcoming movie 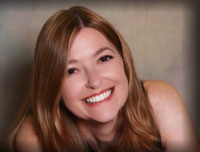 A southwest Iowa native has what she calls a “small but pivotal” role in a Hollywood movie that will premiere nationwide later this month. Melinda Simonsen is a Hamburg native and a 1979 Farragut High School graduate. Simonsen now lives in Norfolk, Nebraska, where parts of the movie, called “Nebraska,” were shot.

Simonsen, who is a registered nurse — not an actress, says it all started when she answered a newspaper ad seeking locals to work as extras. “The emphasis was actually on farmer types — and I’m not a farmer — and people from the local area,” Simonsen says. “It was an email address. They just wanted a snapshot and to know how to contact you.”

About three weeks later, the film’s casting director, John Jackson, asked Simonsen to audition at the Norfolk Theater. The first audition consisted of her doing a read-through of the script with Jackson. “He was reading the lines and I was saying the other lines, didn’t have it memorized, had a camera in the room so he was taping me,” she says. “He kept saying, ‘Melinda, don’t look at the camera,’ and I’m like, ‘Oh, heck,’ and left thinking I didn’t do very well.”

A few weeks after that, Simonsen was asked to audition for the director, Alexander Payne, whose earlier movies include “About Schmidt,” “Sideways,” and “The Descendants.” She says her audition apparently impressed the director as she got the part. “He did say, ‘Melinda, you’re my favorite one for the receptionist,’ and he filled me in on when the filming would be done. My part was filmed in Lincoln.”

Well-known actors Bruce Dern and Stacy Keach star in the film. A movie website says it follows an aging, booze-addled man who makes the trip from Montana to Nebraska with his estranged son to claim a million-dollar lottery prize. “Nebraska” opens nationwide November 22nd but a special screening will be held this Friday at the Film Streams Theater in Omaha.