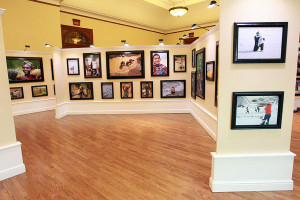 An exhibit of photographs by philanthropist Howard Buffett opens this weekend at the World Food Prize headquarters in Des Moines. Ken Quinn, president of the World Food Prize Foundation, says the collection feature 120 photos. “It’s spectacular photography,” Quinn says. “Howard G. Buffett is as good of a photographer as he is generous in his heart with efforts to combat hunger around the world.”

Buffett has titled the exhibit Giving Hope in a Hungry World. “I think everyone who comes and sees it will find it an extremely stimulating and moving experience,” Quinn says. 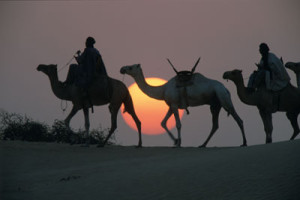 The photos on display were taken around the globe. “They’re from across Africa, Afghanistan, China, Korea, South America…I mean, Howard Buffett is always traveling, except when he’s back on his farm in Decatur, Illinois planting and harvesting,” Quinn says. 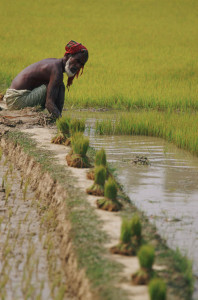 Buffett and former British Prime Minister Tony Blair attended the World Food Prize festivities in Des Moines in October and unveiled an initiative that will offer fellowships to four young entrepreneurs with ideas for tackling hunger and poverty in Africa.  “What I have learned is the younger generation, which is a lot younger today than I like to admit…they think differently. They have different tools in their hands. It’s really pretty amazing what can happen with technology,” Buffett said. “I don’t believe technology can solve every problem by any means, but where it can solve problems it ought to be used.”The four winners of the $150,000 fellowships for work in Africa will be chosen by a panel organized by World Food Prize officials.

Howard Buffett is the son of billionaire Warren Buffett. His photo exhibit will be open to the public, free of charge, from 9 a.m. to 1 p.m. on Saturdays and Tuesdays. The four winners of the $150,000 fellowships for work in Africa will be chosen by a panel organized by World Food Prize officials.

Their names will be announced at 2014 World Food Prize events in Des Moines. The application process is online at www.40chances.com.