You are here: Home / Agriculture / Branstad says presidential candidates must realize ethanol is “important to our state” (AUDIO) 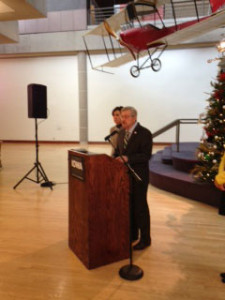 Governor Terry Branstad says presidential candidates of the past and future should be held to their pledges of support for ethanol production.

Branstad says President Obama should account for the proposal from his Environmental Protection Agency that would reduce the amount of ethanol produced in the U.S. next year. Branstad hints one reason Obama carried the state of Iowa in the 2008 General Election was because of his stand for the corn-based fuel.

“(Obama) benefitted from the support he received in the Iowa Caucuses against John McCain, who was not a supporter ethanol,” Branstad says. “And I think this administration has an obligation to this country and to the people here of the agricultural heartland of America not to reserve its position, not to give in to big oil.”

According to Branstad, the oil industry “has spent huge amounts of money” on advertising and lobbying against ethanol.

“This is a critical time and we should not let ‘big oil’ reverse America’s progress and trend,” Branstad says. “It’s also made a big different in reducing the price of fuel.”

Texas Governor Rick Perry — a 2012 Republican presidential candidate who is considering a bid for the White House again in 2016 — has sided with livestock producers in his state who complain the cost of corn is higher because of the demand from ethanol plants. Branstad met with Perry earlier this month, but he says the subject of ethanol did not come up.