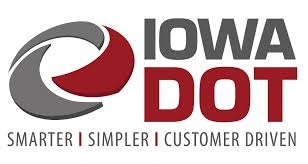 The director of the Iowa Department of Transportation plans to spend up to $100,000 over the next five years to imprint a new agency logo on DOT signs, stationery and other materials, but a key Democrat in the Iowa Senate says it’s a waste of money.

“To me, the logo is the logo,” says Senator Tod Bowman, a Democrat from Maquoketa who is chairman of the Senate Transportation Committee. “It’s propaganda and it’s just not necessary right now.”

If the agency has $100,000 to spare, Bowman says it should be spent on the state’s crumbling transportation system rather than a “fancy” logo.

“I think in the time period where we’re strapped in regard to road projects and bridges, it certainly sends the wrong message,” Bowman says.

The Iowa DOT’s director unveiled the new logo to staff last week. It replaces the red and black logo featuring the words “Iowa Department of Transportation” that was created in the 1970s. The new maroon and gray logo shortens the agency’s name to “Iowa DOT” and contains the words “Smarter, Simpler, Customer Driven” along the bottom.

“I just think this sends the wrong message to people when we’re asking for ways to find additional funding for very necessary projects, you know, our roads and bridges,” Bowman says.

This fall the DOT’s director circulated a list of money-raising idea legislators could consider to fill a projected $215 million shortfall in the DOT’s budget for road and bridge construction and maintenance. Bowman suggests this logo episode has reduced legislators’ interest in embracing any of those ideas.