You are here: Home / Human Interest / Iowa State Fair to go ‘cashless’ in 2014 for all food sales, attractions 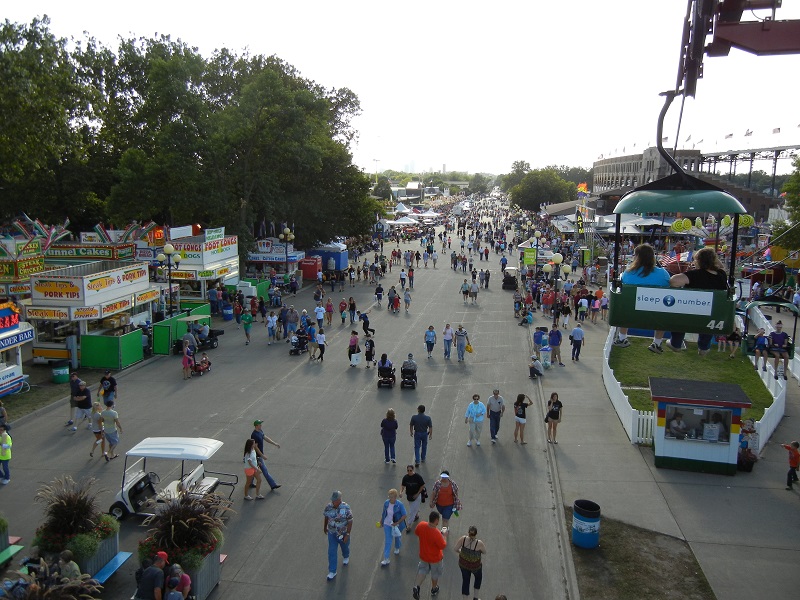 If you want to buy a corn dog or take a ride on the Sky Glider at the Iowa State Fair this summer, you’ll have to buy tickets at the fairgrounds first, as cash will no longer be accepted on site.

A policy change is coming which State Fair spokeswoman Lori Chappell says should be a welcome plus for fairgoers and vendors alike.

Chappell says, “The Iowa State Fair for this coming 2014 fair will have a cashless system, meaning, you will exchange your cash for tickets to buy food items as well as for attractions.”

The ticketing system will be in place at all food vendors and attractions, but not on the Midway.

“We have, for the past few years, used a ticket system in the Grandstand for food and beverage purchases and that’s gone well,” Chappell says. “We have other locations on the grounds with vendors using a ticketing system. At this point, we’re planning to roll it out fairgrounds-wide.”

The tickets will be sold in 50-cent increments, so every trip down the Giant Slide and each deep-fried something on a stick will have to be priced to the nearest half-dollar.

“There will be some conveniences and benefits for vendors in terms of not making change, it’ll just be a simple ticket transaction,” Chappell says. “We know it’s a big change but we’re hoping fairgoers in the end will notice they’re not standing in as many lines to buy tickets.”

Fairgoers will be able to buy the tickets with cash, in addition to with credit or debit cards. If you don’t use all of your tickets, there won’t be any refunds but they will be good if you return to the fair another day — or even for next year’s fair.

Fair officials are already hearing plenty of feedback about the change. “Vendors are weighing in with our concessions department, mainly positive, a few negatives,” Chappell says. “Fairgoers are having mixed reactions and that’s understandable. We know that change can be a challenge.”