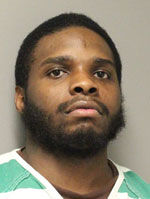 A 25-year-old man who spent time in prison for an escape has walked away from his work release program.

Derrick Dejuan Hoover was sent to the Fort Des Moines Work Release Center as a condition of his release on federal convictions for escape and for being a felon in possession of a firearm. Officials say he walked away from the facility just before 5 p.m. Tuesday. U.S. Marshals say Hoover “should be considered armed and dangerous.”

Hoover’s most recent arrest came this past August in Des Moines. He was a passenger in a car, chased by police responding to a shooting at a bar. Police say a gun was tossed out the car’s window during the pursuit.