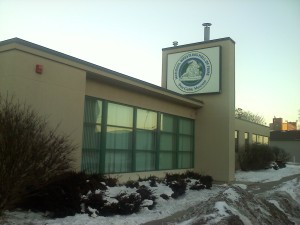 The National Wrestling Hall of Fame Dan Gable Museum in Waterloo will likely be closed a few days after a water pipe bust and flooded nearly half of the building’s main floor.

Firefighters were called to the museum around 11:15 a.m. Tuesday to shut off the water. A cleaning company spent most of the afternoon getting water out of the building. Klingman says museum officials are still accessing the damage so repair costs aren’t yet known.

The museum moved from Newton to Waterloo in 2007 and, in 2008, the facility suffered significant damage from Cedar River flooding. Water rose to two feet on the museum’s main floor. Memorabilia in the museum’s basement, including wrestling magazines from the 1930s, were lost.