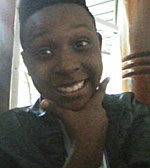 A special blood drive is being held today in central Iowa, as part of the Martin Luther King Jr. Day of Service, to support a 16-year-old boy’s ongoing fight against sickle cell anemia. The blood disorder causes extreme pain for Isaiah Newsome and results in constant trips to the hospital.

Isaiah’s mother is Charice Williams. “He has literally spent half of his life in the hospital,” Williams says. “They treat him for the pain, give him intravenous fluids, and many times they give him blood transfusions.” The disease has also affected nearly all of Isaiah’s major organs, including his bones.

Every two months, Isaiah must undergo a procedure, called an infusion, to give strength to his bones. “The doctors have said that his bones are like those of an 80-year-old woman with severe osteoporosis,” Williams says.

Isaiah, who attends Des Moines North High School, was diagnosed with sickle cell anemia at age three and has nearly died several times since then. Williams says her son’s positive attitude helps her cope with the daily struggles associated with his care. “Isaiah helps to keep me grounded because, with all that he goes through, you don’t hear him complaining,” Williams says. “He doesn’t have a ‘woe is me’ or ‘pity me’ attitude.”

Every three weeks, Isaiah has a transfusion of seven to nine pints of blood. Isaiah and his family are holding an event today to raise awareness about his condition and the need for regular blood donors. The “Give for Isaiah” blood drive, organized in part by the LifeServe Blood Center, will take place from 9 a.m. to 4 p.m. at the Grubb YMCA, located at 1611 11th Street in Des Moines. There are no appointments necessary for the blood drive.