You are here: Home / News / Next week holds potential for ‘worst winter weather’ this year 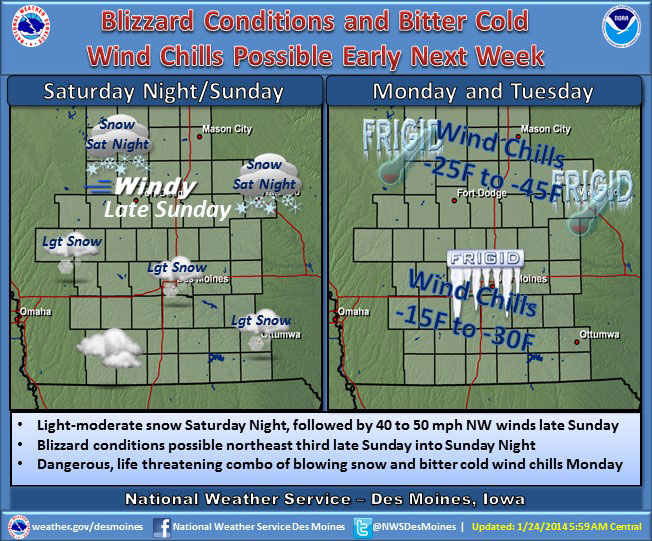 Another potential blizzard and bitterly cold conditions are in store for Iowa early next week. Jeff Zogg is a meteorologist with the National Weather Service.

“We’re looking at the possibility of some of the worst winter weather we’ve seen yet this season,” Zogg says.

The biggest threat for dangerous conditions should arrive late Saturday into Sunday. “We’re looking for some snowfall Saturday night into Sunday, but the big story will be the winds that will pick up on Sunday, blowing that snow around and ushering in some much cold temperatures late Sunday into Monday with the possibility of blizzard conditions and just overall life threatening conditions outside,” Zogg says.

The snow and strong winds are expected primarily over northern and central Iowa. On Monday and Tuesday, high temperatures are forecast to remain below zero across much of the state with lows reaching near 20-below zero in northern Iowa.