You are here: Home / Sports / Iowa has poor offensive showing in overtime loss to Michigan State 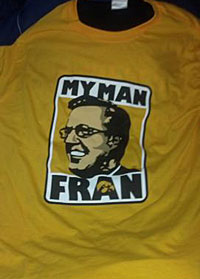 The Iowa Hawkeyes were dreadful on the offensive end in the second half and it allowed seventh ranked Michigan State to escape Iowa City with a victory. The Hawks were held without a field goal for a better than 14 minute stretch of the second half and overtime in a 71-69 loss as their 20 game home court winning streak came to an end.

Iowa only turned the ball over ten times but the Hawks could only generate 18 field goals the entire game. McCaffery says they had “mental breakdown after mental breakdown.”

McCaffery says it was a frustrating night at the offensive end. “We had some guys who were fighting and couldn’t get anything to go,” McCaffery says. He says those things kept Michigan State’s confidence level high.

Roy Devyn Marble led the Hawkeyes with 21 points as they fall to 5-3 in the Big Ten and 16-5 overall.