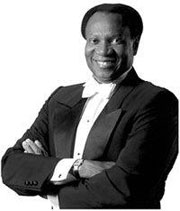 An Iowa native who gained international fame as an opera singer is at the statehouse today, urging legislators to ensure music and art education programs are part of every student’s K-12 experience. Centerville native Simon Estes says music programs have suffered as Iowa schools cut budgets.

“They’ve done studies and found out that children who’re involved with classical music at an early age generally speaking they do better academically and they’re involved in far fewer juvenile delinquency problems,” Estes says, “so it has a social impact as well as an entertaining impact.”

In 2010, the so-called Iowa Common Core was adopted to stress the importance of teaching students math, science and critical thinking skills, but fine arts instruction was not included. Estes is one of more than 60 fine arts teachers and business owners at the capitol today, asking legislators to change that.

“Art, whether it is singing or painting — it’s just vitally important for the development of human beings,” Estes says.

Estes credits a vocal coach for guiding him to a career in the opera world.

“Charles Kellis was his name. Back in 1961 he heard me in a choral group and said, ‘You have a voice to sing opera.’ He loaned me recordings of famous opera singers. I said, ‘I really like that stuff.’ He got me an audition at Juilliard School of Music and since then — that was way back in 1963 — I’ve sung all around the world,” Estes says, “because of a teacher and education.”

Estes was originally a pre-med student when he enrolled at the University of Iowa in 1957.  He made his opera debut in Berlin in 1965 and a year later President Johnson invited him to sing at the White House.  Estes — who is now 75 — sang “God Bless America” in the Iowa House and Senate today (Wednesday) as legislators started their work day.  Estes has what he calls a “terrible cold” and he promised to return and sing again in the capitol when he’s healthy and in full voice.

After Estes sang, the House passed a resolution celebrating the role “music, drama and the visual arts” have played in Iowa’s schools and communities. Representative Daniel Lundby, a Democrat from Cedar Rapids, read part of the resolution aloud.

“Whichever path is chosen, the fine arts bring enrichment and enjoyment, adding vibrancy to community life and a sense of accomplishment and purpose to the individual,” Lundby said.