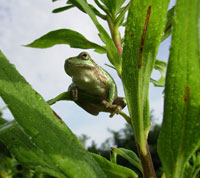 Volunteers are needed to serve as “citizen scientists” across the state.  The Volunteer Wildlife Monitoring Program was launched by the Iowa Department of Natural Resources in 2007 to help the agency collect data on some of the state’s imperiled creatures, such as bald eagles, osprey, peregrine falcons, and frogs and toads. 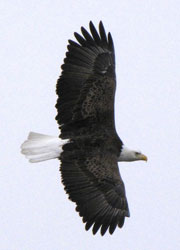 Stephanie Sheppard is a Wildlife Diversity Biologist with the DNR. “All of these species have a connection to water quality and with the birds in particular, they’re kind of at the top of the food chain, they’re good species to keep an eye on,” Sheppard says. “We have concerns about their vulnerability to habitat destruction, water quality, and various things like that.”

Volunteers must register for and attend a training workshop — where, for instance, they’ll learn how to recognize the 16 species of frogs and toads in Iowa based on their breeding calls.  “This is a really fun thing to do and it’s incredibly important to us,” Sheppard says. “It’s data that we actually use, it’s not just a feel good program. It is very important to how we manage these species.”

Bird workshops will be held on March 8 in Algona and March 15 in Elgin in northeast Iowa. A frog and toad survey workshop is scheduled for April 15 in the northwest Iowa town of Peterson.