You are here: Home / Education / Board of Regents take action on several facility issues 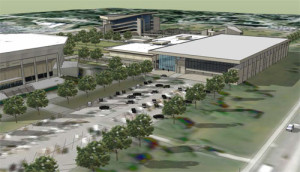 The Board of Regents dealt with several facilities issues during their meeting Thursday. The board gave approval for ISU to proceed with the planning and design for the Buchanan Residence Hall Building project. The project is an undergrad residence hall that would hold 700 students.

The University reports that since 2005, demand for on-campus housing has grown by over 42-percent. The estimated cost of the project 50 million dollars, which would be funded by dormitory revenue bonds. The regents also approved the sale of 27-million dollars in bonds to complete funding for the University of Iowa’s West Campus Residence Hall.

The discussion over the bonds prompted Regent Ruth Harkin to say she is concerned there’s standard policy regarding on-campus residences. “As I am sitting here today I don’t know what UNI or the University of Iowa’s needs might be considering that we’re considering increasing more student housing for people at Iowa State who already have more housing than the other two. “I’m just concerned that we don’t have a uniform policy on that,” Harkin says.

Board president, Bruce Rastetter, says that is  something they’ve talked about in connection with the efficiency study of the state schools. “Looking at the infrastructure on campuses to establish some of those policies, whether it’s from a bonding standpoint or growth of each university,” Rastetter says. He says they will be sure and let the group conducting the efficiency study to look at that issue.

The board gave Iowa State University approval to continue planning with the city of Ames for a $38 million addition to the Scheman Building. ISU vice president, Warren Madden says the addition is convention space that would improve the Iowa State Center — which also includes Hilton Coliseum, Fisher Theatre and Stephens Auditorium.

“There are very few places — either in Iowa or in the country – that have that kind of set of buildings at the same location. We are obviously centrally located in Iowa, so it’s an attractive location for many groups,” Madden says. He says parts of the facilities have not kept up with the times. “We need better meeting space, we do not have facilities in Ames now that can do large banquets, for example,” Madden says. “This facility if it’s constructed, would accommodate — depending on how many tables you set up in 30,000 square feet — from a thousand to almost two-thousand.”

Madden says they hired a firm to do research on groups that had used the facilities, then decided to go elsewhere. “A number of those groups have indicated they would prefer coming back to Ames if we had these kinds of spaces. One of the markets that Ames is really competitive in is what I call ‘youth related groups’,” Madden says.

The city of Ames will hold a referendum in March to ask voters for approval for the city to raise 19 million dollars in bonds. “This project won’t move ahead if the city of Ames doesn’t in essence agree to fund it’s half and they won’t do that unless the referendum passes on March 4th,” Madden says. “We think there is a real need for this. We think it is a great opportunity.”

The Ames Convention and Visitors Bureau has agreed to pay the maintenance and operational costs for the addition. Madden says those cost are estimated at $800,000 and will be funded through revenues generated by projected additional hotel motel tax collections generated from events at the facility.

Also in Ames, the regents gave Iowa State University approval to proceed with the planning and design for the improvements to the south end of Jack Trice Stadium. The plan is to replace the  seating in the south end zone, upgrade the video board and sound systems, and build premium seating in the area. The university says the cost would not exceed $60-million  and  would be funded by private giving and the athletic department. ISU has already obtained a lead gift of $25-million for the project.