You are here: Home / Business / State rep says legislators have “duty” to figure how to boost broadband access in Iowa 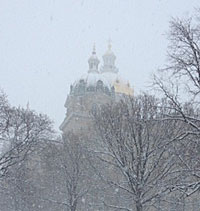 A bill that would provide incentives to companies that extend broadband service to “unserved and underserved” areas of the state has cleared a House committee, but the legislation faces review in two other House committees  and questions about whether it would actually help rural Iowans get high-speed internet access.

“I think I’m like every other rural Iowan, when I heard, ‘Connect Every Iowan,’ I thought; “Yea!” I live in Ackworth and I can’t get broadband, so now we’re going to get a bill that’s going to help get broadband out to my rural area,” Ourth said this afternoon during a House Commerce Committee meeting, “and I quickly found out that’s not what ‘Connect Every Iowan’ meant.”

Ourth said the industry tells him the five-year property tax break in the bill isn’t enough to make extending broadband in rural Iowa worth the investment. Legislators working on the bill have begun discussing other incentives, maybe even a direct tax credit. Representative Tom Sands, a Republican from Wapello, said consumer demand is key.

Representative Peter Cownie, a Republican from West Des Moines, said it is the legislature’s “duty” to address this issue.

“It affects every part of Iowa,” Cownie said, “and this is what we are all here and what we are supposed to do in trying to solve a problem.”

The legislation is on Governor Branstad’s priority list, although Branstad has made it clear he favors short-term rather than long-term incentives. Senate Democrats are working on their own plan with the same goals of expanding broadband access in Iowa.