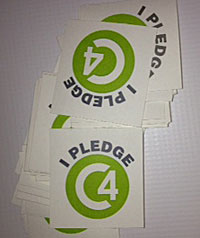 Nationally only 40 percent of students who enter a community college get a two-year degree or a professional credential within six years. 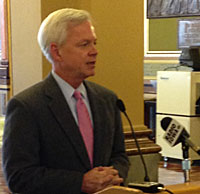 “The United States used to be the leading country in the world among the industrialized economies with the percentage of its citizens with a higher education credential or degree,” Risley said.

Today, the U.S. ranks 16th among the 34 industrialized economies and Risley says that’s why college completion is so important.

“We must move away from this philosophy of a ‘right to fail’ to ‘support to succeed,'” Risley said.

A high school diploma is no longer be good enough in a global economy, according to Risley.

“And if we are going to be able to compete, we have to be able to do a better job of helping our students finish what they start,” Risley said.

One way to do that, he argued, is to pass a state law that forces the three public universities to accept all the credits of a student who has earned a two-year community college degree.

“Why is it that we allow public universities to pick apart transcripts, make students repeat classes or take classes over when we provide the quality of instruction that we do in the community colleges?” Risley asked.

But Senator Herman Quirmbach, a Democrat from Ames who is a professor at Iowa State University, said not all community college classes can transfer.

“I think you have to look at the academic merit of the classes,” Quirmbach told reporters. “You know in Iowa, unlike some states, our community colleges combine both the vocational education and the preparation for a four-year degree, so because they have that combined mission it may be the case that not every class is really a foundation for a four-year academic degree.”

Quirmbach noted the three state universities have agreements with the 15 area community colleges which do spell out which credits transfer, and which don’t.

“We want to make sure that when students sign up for classes at community college, they know which ones will or will not transfer to the universities,” Quirmbach said. “You don’t want people spending their time and money taking a class thinking it gives them credits toward a four-year degree if it doesn’t.”

Quirmbach is chairman of the Senate Education Committee.  He met with the community college students and administrators who were at the statehouse this morning to tout the effort to keep students from dropping out of community college.