This is the second of a two-part series. 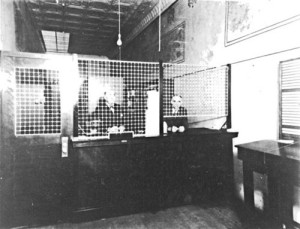 A lot has changed since the state got into the liquor business 80 years ago. Iowa took over the sale of alcohol on March 8th of 1934, shortly after national prohibition ended.

While you could legally buy alcohol from the state, Iowa Alcoholic Beverages Division spokesperson, Tonya Dusold, says the state kept a close eye on things.

“Private citizens were required to get a book that you would take into the liquor store and they would write down the date and what you were buying and how much you were buying. And they would keep track of that each time you came in,” she explains.

Dusold says they hear a lot of interesting theories on why liquor log books were required. One is that the book served as a sort of background check for young men who wanted to court your daughter. “Check out his liquor book — and if you think maybe he is consuming a little too much — decline that offer,” Dusold says. “The employees at the liquor store were also allowed to do that if you bought a little more liquor this month than we thought maybe you should.”

The use of the liquor log books continued until 1963. That was the same time the law changed that allowed Iowans to buy liquor by the drink at local establishments. Counties did still have the option of prohibiting liquor by the drink until the “local option” was repealed in 1972. Sunday liquor sales were first allowed a year later.

The age at which you could buy a bottle or single drink of alcohol has shifted down and then back up again in the last 80 years. “The legal drinking age at the end of prohibition was 21 years,” according to Dusold, “it dropped down to 19 during the 70’s and then down to 18 during the later 70’s. In 1978, they bumped it back up to 19, and then  it was 1986 that it was raised back up to 21 years.” The drinking age is now tied to federal transportation dollars and that has been a roadblock in efforts to get it lowered again. 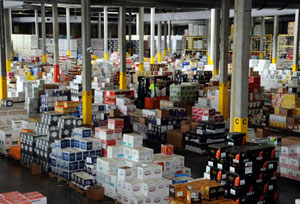 The cost of liquor has increased like most other products. Dusold found a couple of items from the 1930s that are still being sold today. Paramount Blackberry Brandy retailed for 98 cents a pint in 1936. “The same product today for a 750 milliliter sells for $8.22 wholesale. So, almost nine times the price at wholesale than it was even at retail,” Dusold says. “Another interesting one, we still sell Seagram’s Seven Crown. In 1936 that sold for $2.35 a quart retail. And now it wholesales for $10.50.”

Dusold says the number of products has increased along with the availability in 80 years. Particularly in the last few decades with innovation coming through and a lot of smaller companies doing well in the craft beer and craft wine, has led to an increase in craft distilled products. So, we do definitely have more suppliers, more variety of products to offer consumers than we did back then,” Dusold says.

The Iowa  Alcoholic Beverages Division replaced the  “Beer and Liquor Control Department” in 1986 when the state got out of the retail business. IADB has a warehouse in Ankeny where it now uses a high-tech distribution system to send out the products based on orders from the retailers. You can see more about the 80-year history of the state liquor business online at: iowaabd.com.