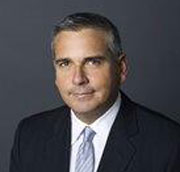 A Democrat who is a member of the legislature’s Oversight Committee says Iowa’s Republican governor hasn’t done enough to respond to news of 24 confidential settlements with fired state workers. Senator Matt McCoy, a Democrat from Des Moines, says Governor Branstad should terminate the 12 agency directors who struck those deals.

“He said that if this happens again, heads will roll,” McCoy said during remarks on the senate floor early this afternoon. “I’ve got to tell you, he’s the governor of the State of Iowa and heads ought to be rolling right now.”

McCoy said Branstad’s budget director should have been able to figure out tens of thousands of state tax dollars were being paid out in these deals.

“The next time these department heads come to you and tell you they can’t afford to implement something because they don’t have the money in their budget clearly they were able to come up with half a million dollars of hush money,” McCoy said.

A pharmacist at the Iowa Veterans Home was paid $110,000 in a confidential settlement agreement. A former Department of Natural Resources database manager was paid $100,000 in a lump sum as he exited the agency and three employees in the Department of Administrative Services were secretly paid a total of $167,000.  This morning Branstad said the director of the Department of Administrative Services thought he’d done well in striking these deals as part of a reorganization plan for the agency that Branstad said is saving the state $700,000 a year. Branstad told reporters this morningthat  confidential settlements will no longer be tolerated in the executive branch of state government and he is “deeply disappointed they were ever considered, let alone used.”

Branstad also defended the director of the Iowa Workforce Development agency who has been accused of promoting a business bias in the way her agency deals with unemployment compensation cases. Branstad accused Senate Democrats of making “unfair, personal attacks” against Iowa Workforce Development director Teresa Wahlert.  Senator Bill Dotzler, a Democrat from Waterloo, this afternoon said Wahlert “is a liability” to Branstad.

“The front line fact-finders, the first step in deciding whether an individual should receive unemployment benefits, she’s let them know that they needed to side a little bit more with the business side than the employees side,” Dotzler said during remarks on the senate floor. “That’s some serious stuff, ladies and gentlemen and I’m not going to back down from the truth.”

Branstad’s re-election campaign is using the controversy to raise money, asking supporters to donate so Branstad can “fight the liberal attack machine.”