You are here: Home / News / Braley warns Grassley, “a farmer…who never went to law school,” could be next Senate Judiciary chair (VIDEO) 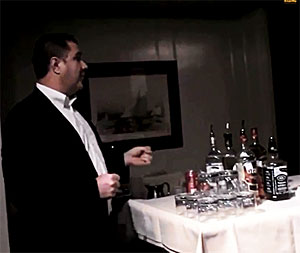 Congressman Bruce Braley speaking to a group in Texas.

A video has just been released showing Congressman Bruce Braley telling a group in Texas that if a Republican wins Iowa’s senate race this November, the next chairman of the Senate Judiciary Committee is likely to be Republican Senator Chuck Grassley.

Braley, who is a lawyer, is the only Democrat running for Iowa’s open U.S. Senate seat. A group that’s been tracking Braley posted the video online today, saying it was recorded while Braley spoke to a group of trial lawyers in Texas.

“If you help me win this race, you may have someone with your background, your experience, your voice — someone who’s been literally fighting tort reform for 30 years in a visible and public way — on the Senate Judiciary Committee,” Braley told the crowd.

A spokesperson for Senator Grassley issued a written statement this afternoon.

“By the logic expressed on this recording a trial lawyer shouldn’t be involved in policy making about agriculture, or energy, or health care,” the spokesperson said.  “Senator Grassley has served on the Judiciary Committee since he was first elected to the Senate, and he’s got a strong record on the committee…Alongside that, Senator Grassley’s one of only two working family farmers in the United States Senate, where he brings Iowa common sense to work for ag, anti-trust, transportation, environmental, energy, trade, health care, communications, national security, and tax policy that works for all of America.”

Mark Jacobs — one of the five Republicans hoping to win the GOP Primary in June for the chance to face Braley in November — issued a written statement about the video before the video was released to the public. Jacobs called Braley’s comments “offensive” and Jacobs said he’d take “Grassley’s commonsense over Bruce Braley’s expertise in suing people any day.”

“Bruce Braley thinks the way to suck up to Texas trial lawyers is by bashing Iowa farmers. How out of touch with Iowa can you be?” Ernst said in a written statement. “I call on Braley to immediately apologize to Senator Grassley, and every other farmer in Iowa.”