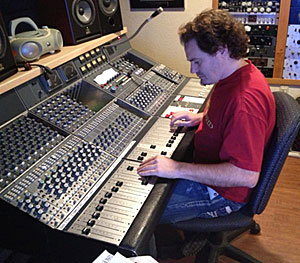 A company in a small northeast Iowa town is scoring a hit with some of the biggest names in music.

Chandler Limited has more than 20 employees soldering, wiring, and assembling the guts of equalizers, mixers, signal processors, and other gear. “You have to do this by hand. All the old stuff was made this way,” Goeke said. “Most places, this is all done by machine. We do everything by hand like it would’ve been made in 1968.” Katy Perry, Adele, Maroon 5, Beyonce, Green Day, and Lady GaGa have all used musical gear made at Chandler Limited to produce their hit songs.

Goeke started tinkering with equipment and mimicking the “Beatles sound” after a move to California following high school. When he returned to Iowa, Goeke’s parents helped him launch Chandler Limited in 1999. They now serve as part-owners and his mother, Judy, is the company’s vice-president. The company’s name comes from Wade Goeke’s middle name, Chandler. The Chandler Limited equipment — built by hand in Shell Rock, Iowa — is now housed in recording studios and traveling with bands around the globe.