You are here: Home / Business / President of Clinton company named Business Person of the Year by SBA 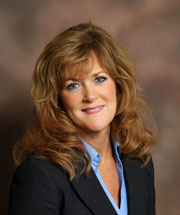 The president and CEO of an H-VAC company in eastern Iowa is being named the U.S. Small Business Administration’s Iowa Small Business Person of the Year. Mary Connell runs Air Control Incorporated, based in Clinton.

The company specializes in heating, venting and air conditioning work for residential, commercial and industrial sectors. Connell gives the credit back to her staff and colleagues. “I have had the experience of having wonderful employees and mentors, including the SBA,” Connell says. “I have gone to them many times and they’ve most recently helped me with getting ISO certification, which we anticipate to get in June.”

Her father started the company in 1956 and Connell began working there in the late 1970s after graduating from high school. She became CEO at age 28, following her father’s retirement. Connell’s son, Sean, joined the team in 2011, making it a third generation company. “When my father started the business, he started with a partner and one other employee,” Connell says. “Today, we have just under 45 employees and about $8 million in sales. We’ve gone anywhere from up to 60 employees and $10 million in sales.”

The past few years have been challenging, during the economic downturn and a dropoff in construction, but she says they continue to move forward. When asked what set her apart for the honor as the state’s Small Business Person of the Year, Connell said she felt she didn’t deserve the title. “I don’t know, I mean, everybody in small business knows how hard you work just to keep your doors open,” Connell says. “I’ve got a no-quit attitude, I’m hard working. I guess I just don’t give up very easy — on anything.”

She touts the fact she’s expanded the business into government contracting, where successful bids have been won to supply fabricated products to several U.S. Air Force bases. As the 2014 Iowa Small Business Person of the Year, Mary will represent Iowa in May at National Small Business Week ceremonies in Washington, D.C., where she will compete for the national award.