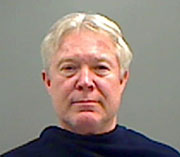 A 64-year-old woman from rural Cass County was shot to death after a domestic situation escalated into violence early this morning in southwest Iowa’s Pottawattamie County. Sheriff Jeff Danker says authorities responded to a home in Oakland around 3 A.M. shortly after they received a 9-1-1 call. Sheriff Danker says initially the suspect was uncooperative but they were able to take him into custody without further incident.

He says 63-year-old Robert Reynolds owns the home and resides there with his wife. Two other people were in the home in addition to the victim. Danker believes the witnesses included an adult female and her daughter.

The victim, he says, appears to have been a family friend or acquaintance. The reason for the shooting remains under investigation. The suspect was taken to Council Bluffs to be interviewed. Danker says charges are pending completion of the investigation. The victim’s body remained in the home as of 8:30 A.M., while authorities were waiting for a search warrant to conduct a further investigation of the crime scene.

One person is dead after a shooting early this morning in southwestern Iowa’s Pottawattamie County. Authorities received a 9-1-1 call from a residence in Oakland at around 3 A.M., indicating a woman had been shot and the alleged shooter was still inside the home located in the 300 block of Brown Street.

Numerous law enforcement personnel established a perimeter near the home and a male subject was later taken into custody outside of the residence after a brief standoff. Officials said there were children in the home, but they were able to get out safely.

Reports say the victim was a 64-year-old woman who was visiting the home of the alleged shooter, who is 63. The names of those involved in the incident and other details have not yet been released.