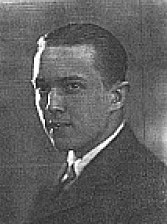 An Iowa musician is featured in a new exhibit at the National Portrait Gallery of the Smithsonian Institution in Washington D.C.

The exhibit is called “American Cool,” and a black-and-white picture of Davenport native Leon “Bix” Beiderbecke hangs alongside 99 others, ranging from actors James Dean and Humphrey Bogart to skateboarding legend Tony Hawk and boxer Muhammad Ali.

Beiderbecke is worshipped in the jazz world, according the Gerri Bowers, historian for the Davenport-based Bix Beiderbecke Memorial Society.

“He appeals to both the young, middle aged and older people,” Bowers says. “He has people from all over the world, England, Australia, Denmark, they all come to see him.” By that, she means, people come to see his gravesite in Davenport and to hear his music played live at the Bix Memorial Jazz Festival every summer at LeClaire Park along the Mississippi River.

“I personally have taken people from all over, from California to New York and from Canada to Texas, on tours of the Bix sites here in Davenport,” Bowers says, “and I’ve actually seen grown men cry over his grave.”

Bowers co-authored a book about Bix, a cornetist, pianist and composer who is considered one of the most influential jazz soloists of the 1920s. He died in 1931.

Bowers says Beiderbecke was a musical genius. “For someone that didn’t really learn to play music, he did,” Bowers says. “He became so well known. Actually, he is better known across in Europe than he is here.”

There’s also a huge Bix following in Japan, and that nation often sends a Dixieland band all the way to Iowa to play at the annual festival on the Davenport riverfront. The 43rd annual Bix Fest is scheduled for July 31st to August 3rd.