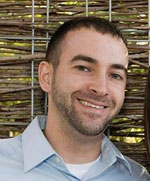 A Pleasant Hill man has been arrested in connection with a fatal shooting early Thursday morning in Grimes, located just northwest of Des Moines. Twenty-six-year-old David Moffitt is charged with first-degree murder in the killing of 30-year old Justin Michael.

Polk County Sheriff’s deputies went to a home in Grimes just before 3:30 Thursday on the report that a person had been shot. Michael man was found dead inside the home.

Investigators said at the time the shooting “appears to be an isolated incident and does not appear to be a random act.” They have not released any details of the shooting or any possible motive.